We have collected this beautiful yet mysterious map of Beijing. It was published at Lanfang Toutiao close to where the Beijing Postcards gallery is located. We have scrutinized the map and finally tentavely dated it to the year 1919, but the truth is that we don’t know if that is actually the case. Follow our trail to see how we came to our conclusion.

Qianmen: The main artery of Beijing

In 1899, Eliza Scidmore described the Qianmen gate like this: “One may walk the mile from the Hata-men to the Chien-men…and there find himself at the very heart of Peking, or at least over its main artery. The great streams of trade and travel between the inner and outer cities go through the tunnel of that gate and the two lateral gates in its semicircular enceinte, carts, donkeys, camels, chairs, wheelbarrows, and foot-passengers streaming through from sunrise to sunset.” The Beijing government eventually hired a German architect to find a solution to the immense pressure being placed on this gate. His name was Curt Rothkegel, and in 1914 he tore down the enceinte between the gates and dug 4 tunnels through the city wall. As this can clearly be seen in the map, it is likely that this map was made after 1914.

The Industrial Beast of the Locomotive

It took a war to force the railways on Beijing. Originally the Qing government had been opposed to the railway entering the city walls, even though Western powers had tried to promote it in China for years. After the Imperial government fled the capital in the aftermath of the Boxer Rebellion in the year 1900, everything changed. Beijing was occupied, and almost immediately after the Eight Allied Nations had entered the city, the Brits got to work constructing tracks and stations. The new railway station at the Qianmen was one of the reasons that this area could no longer sustain the immense amount of traffic that was now concentrated here. In 1915, a railway extension was built, and tracks were laid down around the inner city of Beijing. These tracks can be seen encircling the city in the map, making us conclude that this map must have been made after 1915.

In 1912, the last emperor abdicated. This meant that many hitherto closed Imperial confinements now became public spaces. In 1913, the first public park opened just next to the Forbidden City. Modern ladies could now be seen strolling outside in a way unknown in the old conservative capital. This park was called the Central Park and, and the fact it can be seen here makes us conclude that the map must have been made after 1913.

During the Qing, access to the capital was heavily restricted, but after the last emperor abdicated the city became much easier to visit. This paved the way for a whole new industry: tourism. Cruise ships would anchor at Tianjin and trainloads of wealthy westerners would visit the city, creating a strong demand for 5-star accommodation. This leads us to an interesting blank spot visible on the map, just to the north of the Legation Quarter. The Beijing Hotel was moved to this location in 1901, but in 1917 a French company started building a six-story extension of the hotel. This building would be the highest building in Beijing for decades when it was finished in 1921, and it still stands to this day. When new buildings emerged in Beijing, a mapmaker would cut out the area and replace it in the map. We believe that the ongoing construction is why the location of The Beijing Hotel is blank. That makes us think that the map was probably printed between 1917 and 1921.

Setting the Stage for Chinese Superstars

The railway lines that suddenly connected Beijing with the outside made way for the first Chinese superstars. For the first time, Beijing singers could quickly and easily go to Shanghai and make a fortune in the city’s western style theaters. In Beijing, new theaters also began to replace the traditional teahouses as the venues where the best actors performed. In the map we can see the Xinming Daxiyuan, the first place in Beijing to actually call itself an opera house. This place opened in 1919, so we know that the map could not have been made any earlier than this.

All of this taken in to account and the fact that the tramway, the Hepingmen gate and the Beijing Hotel that all came in the early 1920s make us conclude that 1919 is probably the year where this map was made. 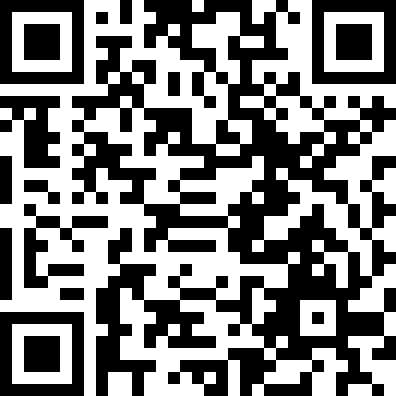 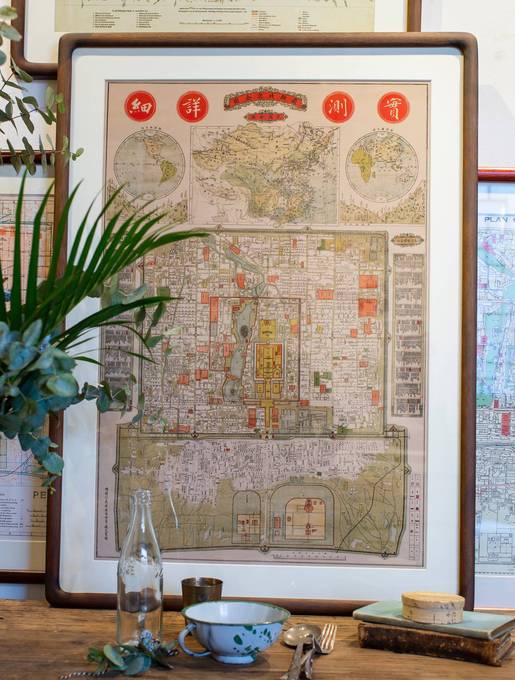 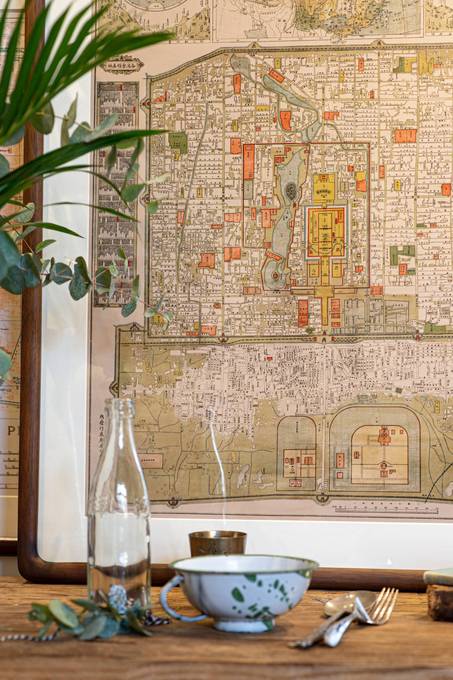 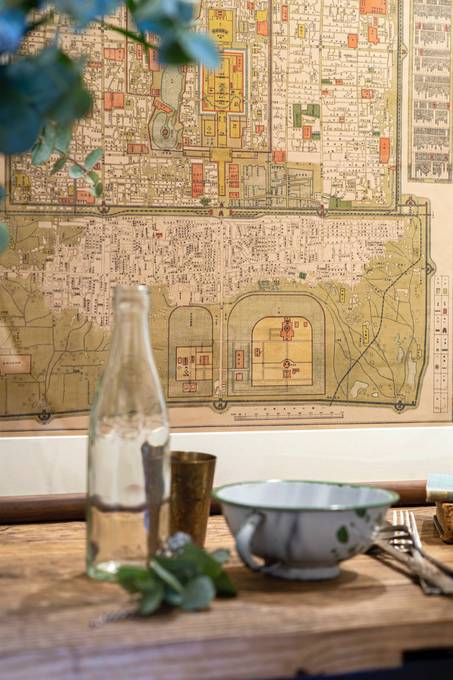 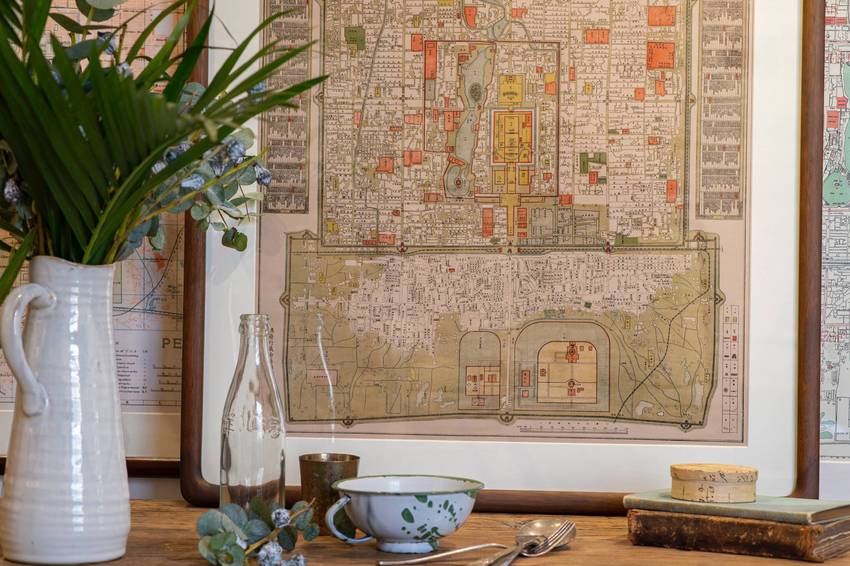