This is a pictorial street map of the inner city of Beijing, decorated with small illustrations of landmark buildings and black silhouettes of workers, pedestrians and animals, including camel trains, drawn by the American illustrator John Kirk Sewall. The map is divided into three areas shaded different colors: Tartar City, Imperial City (with the Forbidden City) and Chinese City. Buildings are identified in both English and Chinese characters. A compass rose upper left bears the name Peiyang Press, the publisher. It highlights areas of particular interest to travelers including sightseeing attractions, the rail station, hotels, the YMCA, and a street identified as "good for shopping." Of historical interest is the Legation Quarter, where the foreign delegations were clustered. An examination of this section of the map helps to ascertain its publication date.

This particular edition of the Sewall map is titled Peking, but other examples are titled Peiping. "Peking" was the Romanized spelling for the capital city of China until 1979. During the period between 1928 and 1949, the city's name was changed from “Peking” to "Peiping" by the Kuomintang government, which had moved the national capital to Nanjing.

The dates of issuance of the Peking and Peiping examples of the Sewall map can partly be determined by political history, in particular the establishment of the Nazi regime. The Peiping map must have been published after 1928, when the name first came into use. On that map, the German Legation is represented by the black, red and gold Reichsbanner flag, which was banned in 1933 when the Nazis gained power, and supplanted by the Nazi red flag with swastika in 1935.

Sewall's map titled Peking is later than the Peiping version because the German Legation and the site of the ex-Austrian Legation are not named -- rather they are represented entirely by the Nazi flag, adopted in Germany from 1935 until the regime fell in 1945. Germany annexed Austria in 1938 so the use of the Nazi flag to represent it on the Peking map can be presumed to be 1938 or later. Thus, the Peking map probably dates between 1938 (when Germany annexed Austria) and 1945, when the Nazi regime was defeated. This dating is in conflict with the fact that the city officially was called Peiping rather than Peking between 1928 and 1949. One plausible explanation is that by 1938 the Japanese occupied Peiping, but were interested in re-establishing Peking as the capital in opposition to the Kuomintang so favored that name.

This is a jigsaw puzzles of a reproduction map. The original was published by John Kirk Sewall and the Peiyang Press. Ltd. 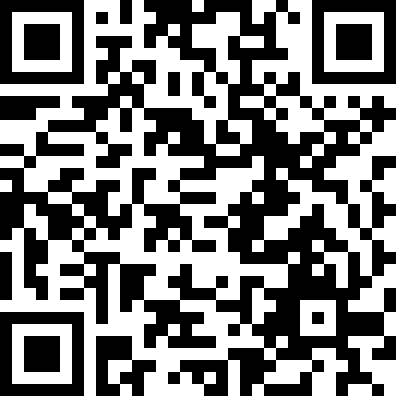 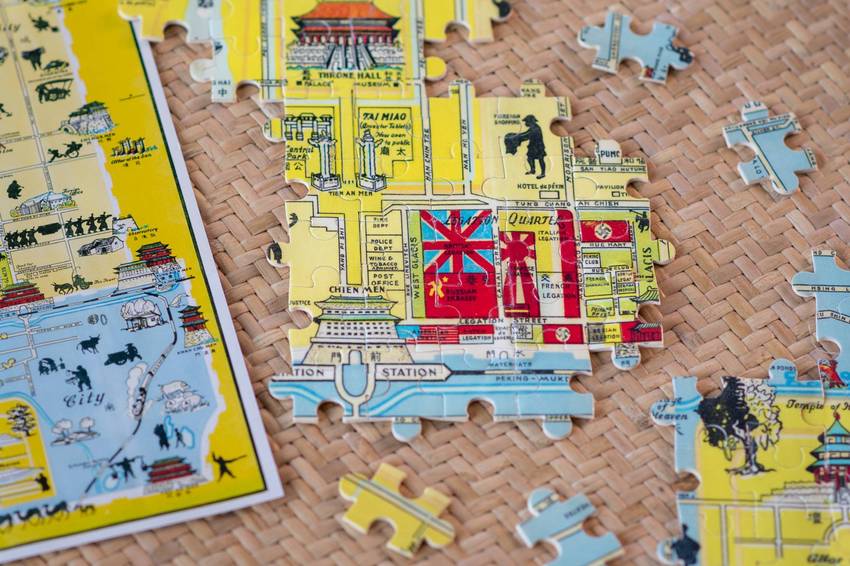 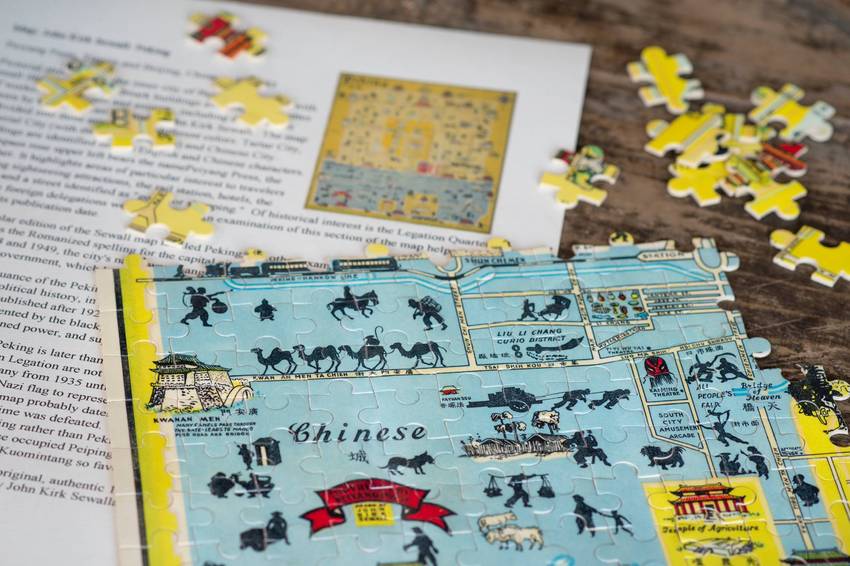 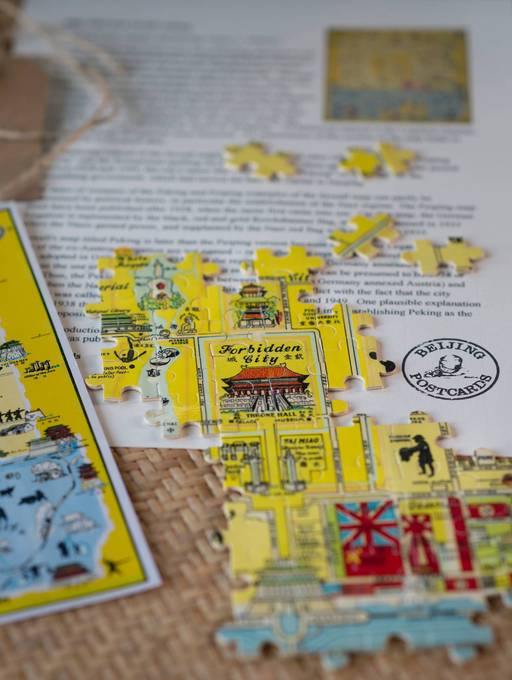 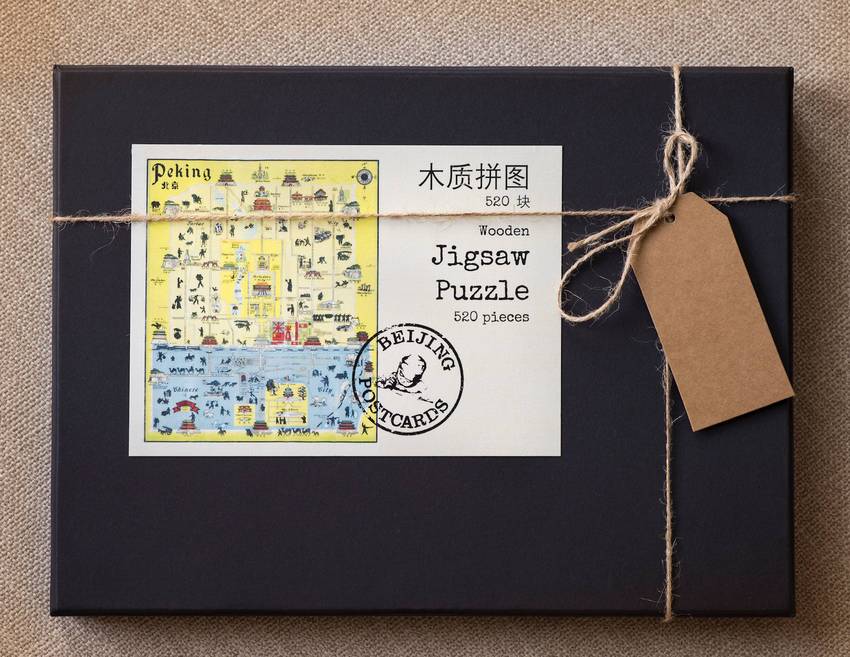 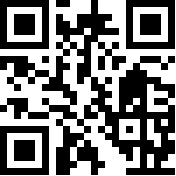