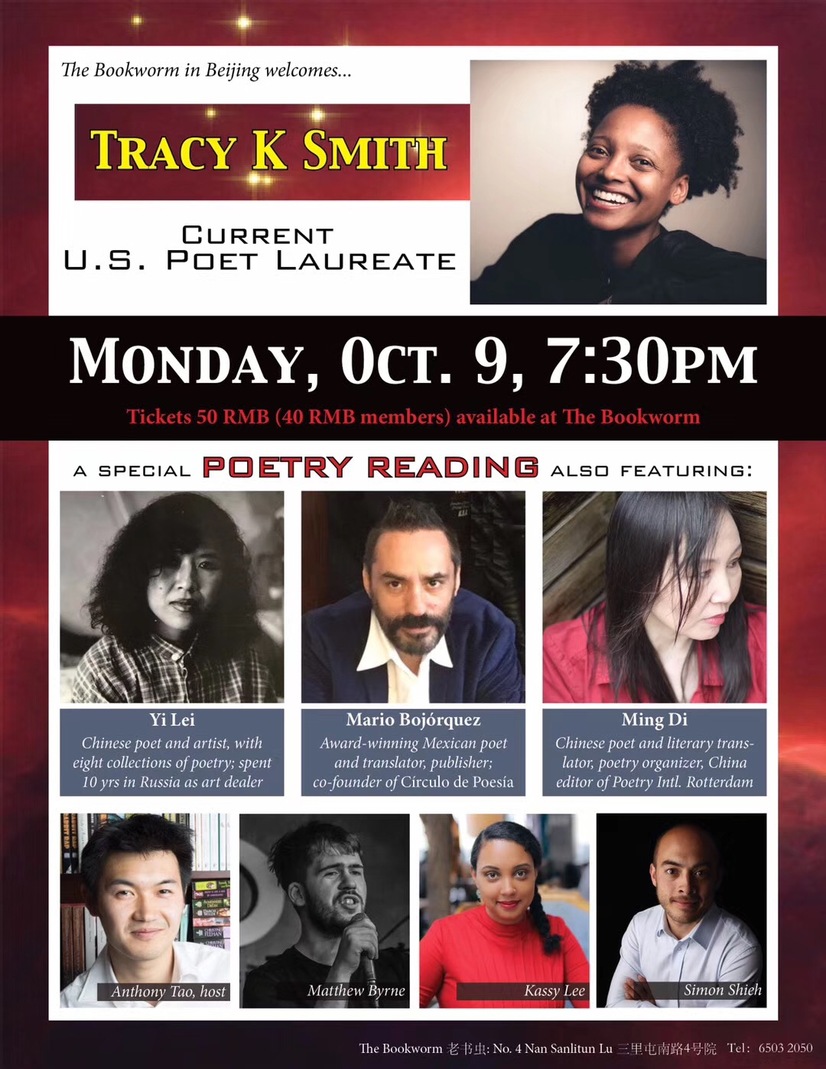 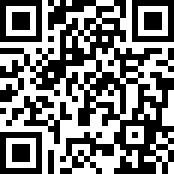 Attention, poetry lovers: there’s a true can’t-miss event coming up on Monday, October 9 at 7:30 pm, when the current poet laureate of the United States, Tracy K. Smith, comes to The Bookworm in Beijing to give a reading. This will be the first time a sitting US poet laureate has spoken at our humble bookshop.

Smith is the author of three books of poetry. Her 2011 collection, Life on Mars, won the Pulitzer Prize. As The New York Times described it, “As all the best poetry does, ‘Life on Mars’ first sends us out into the magnificent chill of the imagination and then returns us to ourselves, both changed and consoled.”

Smith will be joined by an all-star lineup, including award-winning Mexican poet/translator Mario Bojórquez, prolific Chinese poet/artist Yi Lei, and renowned poet/translator Ming Di. Rounding out the readers are community poets who are active in and have made significant contributions to the local creative arts scene: Matthew Byrne, the creator and managing director of Spittoon; Simon Shieh, editor-in-chief of Spittoon Literary Magazine and the Beijing Youth Literary Review; and Kassy Lee, co-founder of Transmigrant Flow and Asia coordinator of the Visible Poetry Project.

The event will be hosted by Anthony Tao, a poetry editor and former Bookworm Literary Festival coordinator.

Tickets are on sale now at The Bookworm. The full lineup follows.

Tracy K. Smith is the current U.S. Poet Laureate and winner of the Pulitzer Prize for her 2011 poetry collection Life on Mars. Her long-awaited fourth book of poetry, Wade in the Water, will be published in April 2018. Smith’s memoir, Ordinary Light, was a finalist for the National Book Award in nonfiction. She is currently director of the creative writing program at Princeton University.

Mario Bojórquez, Mexican poet and translator, is co-founder and editor of the internationally renowned journal Círculo de Poesía and founder of the Valparaíso Ediciones México publishing house. He directs the Encuentro Internacional de Poesía Ciudad de México. He has published numerous books of poetry and translation and won awards from Spain and Latin America as well as national awards in Mexico.

Yi Lei, Chinese poet and artist, studied creative writing at the Lu Xun Academy and the Writers’ Program at Peking University. She has published eight collections of poems, among them A Single Woman’s Bedroom, The Love Poems of Yi Lei, and Women’s Age. She spent ten years in Russia as an art dealer and currently lives in Songzhuang artist village.

Ming Di is a Chinese poet based in Los Angeles and a literary translator with publications of four books of poetry from English to Chinese. She has also co-translated four books from Chinese to English, including Empty Chairs (Graywolf Press). She organizes poetry projects and is the China editor of Poetry International Rotterdam.

Matthew Byrne is a British poet who completed his MA in Creative Writing from Manchester Metropolitan University in 2009. He is the founder and director of Spittoon, an arts organization and literary magazine based in Beijing with branches in Chengdu and Suzhou. He has overseen Spittoon’s expansion to include a monthly poetry, fiction, and slam poetry night in Beijing, plus a poetry-music collaboration called Spit-Tunes.

Simon Shieh is an American poet whose work has appeared or is forthcoming in Grist, Kartika Review, CALAMITY, Aztec Literary Review, and others. Simon is director of InkBeat Arts, an organization dedicated to empowering young people through artistic expression, and the writer-in-residence at the International School of Beijing. He is also the editor-in-chief of Spittoon Literary Magazine and Beijing Youth Literary Review.

Kassy Lee is an American poet and author of the chapbooks The Period of Warring States (Another New Calligraphy, 2017) and zombia (dancing girl press, 2014). She is the co-founder of Transmigrant Flow, an arts collective that curates experimental events that foster racial inclusivity. She is also the Asia coordinator for the Visible Poetry Project, which brings together poets and filmmakers to produce short films in honor of National Poetry Month.

EVENT HOST Anthony Tao is a writer and editor in Beijing whose poetry has appeared in journals such as Prairie Schooner, Kartika Review, Asian Cha, Poetry East West, etc. (see more at anthonytao.com). He is the founding editor of the news/society/culture website Beijing Cream and previously coordinated the international China Bookworm Literary Festival. He is also co-captain of Beijing’s premier Ultimate Frisbee team. 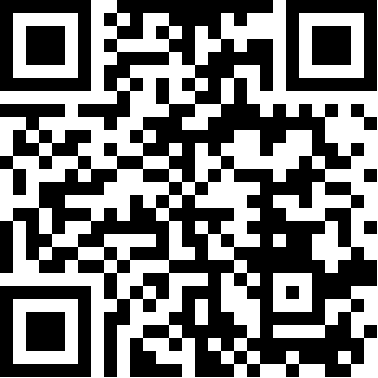